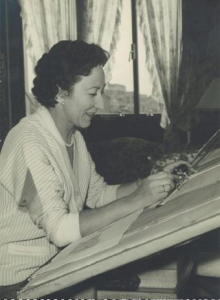 If there is one known female architect in Spain, this is Matilde Ucelay Maortúa, born in 1912 and who died in Madrid on 24 November 2008. And not only because she was the first woman to finish her architecture degree in this country, but also because she received the National Architecture Prize in 2004, awarded annually by the Ministry of Housing to “those architects whose outstanding and continuous contribution, made fundamentally in Spain, and valued with objective criteria, has highlighted the social, economic, aesthetic and technological aspects of architecture“.

In 1931, she entered the School of Architecture in Madrid, when the names of one or two female architects were barely known throughout Europe: the Irish Eileen Green and the German Lili Reich.

Some of her friends chose to study Philosophy or Pharmacy, but she was clear that architecture was her thing. It was a difficult time, to say the least, that she spent studying in those mythical thirties at the School of Architecture in Madrid, despite some minor inconveniences such as the fact that the school lacked ladies’ toilets. She was a friend of Félix Candela and Chueca Gotilla, the latter with whom she studied for a summer, taking two courses in one.

Despite the unusual nature of his situation, she always enjoyed the greatest respect from both her teachers and her classmates. Her favourite subject: Architectural Projects. She completed her degree in 1936.

In 1937 she appeared as secretary of the Architects Association of Madrid, being Eduardo Robles Piquer the Chairman. The school, which was closed at the beginning of the war, had reopened its doors on Ucelay’s personal initiative.

She married José Ruiz Castillo in Valencia in 1937. He was a lawyer and civil servant in the Ministry of Agriculture, editor of the most important authors of the generations of ’98 and ’27, and the couple had two children. 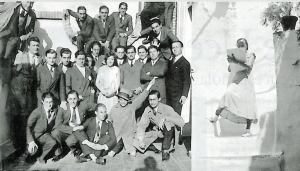 Two days before the outbreak of the Spansih civil war, she was honoured at the Madrid College of Architects, an event attended by leading figures of the Second Republic such as the Minister of Home Affairs, Amós Salvador. This fact, together with her republican affiliation, led to her being purged in 1940 and condemned in a Council of War to be disqualified from holding public office for life and from exercising her profession for five long years.

Despite all the prohibitions and difficulties, Matilde Ucelay maintained a continuous professional activity for over forty years, constructing buildings for private clients, projects that she skilfully managed to get other colleagues to sign at the beginning of her career. She carried out her work under really very difficult circumstances, immersed in the social context of the Franco era, in which women were confined to the private sphere and forced to fulfil exclusively domestic and family roles, lacking any legal rights. Simple and responsible, she worked all her life without considering it something exceptional.

Her architecture is characterized by a profusion and richness of details, and by an intimate design, linked to the user and the environment. Among his works, a large number of single-family homes stand out, sometimes in collaboration with the garden designer and landscaper, Couchepin. 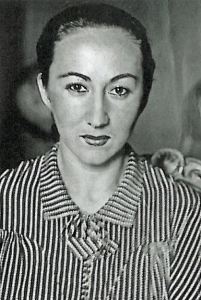 Among his more than a hundred and twenty projects, we can highlight “La Casa Oswald”, in Puerta de Hierro in Madrid; “La Casa Benítez de Lugo”, in Las Palmas de Gran Canaria; as well as the “Turner” and “Hispano-Argentina” bookshops in Madrid. He also designed factories, laboratories and other singular buildings.

With more than 120 projects, Ucelay would fulfil her dream of building and rehabilitating buildings, even if some of them were not named after her, as she was banned from practising her profession for five years. With great intelligence, dedication and character, She fully exercised a liberal profession with important responsibilities until her retirement in 1981.

Matilde Ucelay was a pioneer in Spanish architecture, belonging to a generation of women who knew how to live their lives with imagination. Women opening up the paths we travel today, with less difficulty than they had to overcome, to participate in the beautiful task of building.

The Mayor of Madrid, Manuela Carmena, announces a garden in memory of Matilde Ucelay, the first Spanish architect.
La Vanguardia 29/09/2018
Link to the news 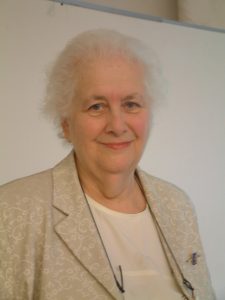 Gabriella Morreale was born in Milan on April 7, 1930. Her parents were biologists and she always had a family atmosphere very inclined to study and science. During her childhood and for professional reasons of her father, the family lived in Vienna and Baltimore. Finally, in 1941 the family arrived in Málaga, where Gabriella attended school for her high school diploma. In 1947/48 she started her studies for a degree in Chemistry at the University of Granada, which she finished in 1951 (in 4 years, after a special dispensation from the Rector) and with a special award. It was at this University that she met who would become her husband and research partner, the physician Francisco Escobar del Rey.

Gabriella completed her Doctoral Thesis at the University of Granada under the direction of Professor Enrique Gutierrez Ríos, who also became Rector of Universidad Complutense and Chairman of the CSIC. The subject of her thesis is in line with the research carried out by Professor Eduardo Ortiz de Landázuri, at the same University of Granada, on the endemic incidence of goitre in the Alpujarras Region, a subject on which Francisco Escobar was also working. Gabriella’s thesis was entitled “On the determination of iodine in biological media”, which she presented and defended on 26 September 1955. In her research and after careful work, Gabriella succeeded in her Thesis in determining iodine in biological samples (serum, blood) in concentrations up to four times lower than the known methods and developments at that time.

These research works, together with others carried out within Professor Ortiz de Landázuri’s research group, were decisive in alleviating and even eradicating goitre and cretinism in the Alpujarra Region of Granada.

In 1955 Gabriella and Francisco get a scholarship from the CSIC and go to work in Leiden (The Netherlands) with Professor Andries Querido, a great world specialist in iodine deficiency disorders and their neurological consequences. Prof. Querido had shown great interest in the work that both had carried out in Granada, and he welcomed them to the Department of Medicine and Clinical Endocrinology in Leiden which he directed. They stayed there until 1958, and Gabriella’s relevance was such that during 1957/58 she was hired as a laboratory manager (hoofdassistant) and this gives us an idea of both her scientific and technical talent and her position within the group.

In 1958, Gabriella and Paco returned to Spain, where Gabriella had obtained a place on the Scale of Scientific Collaborators of the CSIC by competitive examination, and began to work at the Centro de Investigaciones Biológicas (CIB), which had been recently inaugurated. There, Paco and Gabriella established the techniques and methods learned in Leiden and began to have their first scholarship holders. In this CSIC Institute they worked and carried out their research (the “Escobars”, as they were called inside and outside the Institute) until the explosion that occurred in Joaquín Costa and Velázquez streets, due to a gas leak, in June 1973. This forced them to move in 1976 to the Faculty of Medicine of the Autonomous University of Madrid. There they will end up attached to the Instituto de Investigaciones Biomédicas (IIB) “Alberto Sols” of the CSIC, in whose premises they will maintain their laboratory for the rest of their career. 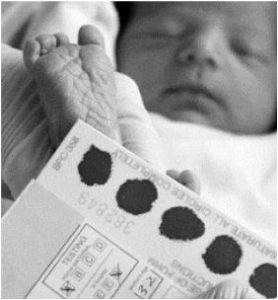 Gabriella Morreale has been a nationally and internationally recognized expert in the biochemistry of endocrinology and nutrition. Many are her scientific contributions in this field, from the determination of iodine in organic liquids, to the almost eradication of iodine-deficit goitre in Spain by incorporating it into iodized salt, to the negative effects of iodine deficiency on the metabolism or the early detection of dysfunctions in the thyroid metabolism of the new-born, through the iodine levels of a new-born in the blood. Lack of this component can lead to disorders such as severe mental retardation or congenital hypothyroidism. It contributed decisively in the decision of iodine supplementation to pregnant mothers to ensure a correct development of the foetus. Only treatment started shortly after birth can prevent these effects from occurring. She was the pioneer in introducing in Spain, from 1976, the “streaming” or as it is known “heel test” to the new-born.

She has held different positions throughout her research career, such as Head of the Thyroid Studies Section at the Gregorio Marañon Institute between 1963 and 1975 and Director of the Gregorio Marañon Institute of Endocrinology and Metabolism between 1975 and 1980. In 1970, she was promoted to Research Professor at the CSIC, which is when this scale was created. Between 1975-1979 she was Chairwoman of the Spanish Society of Endocrinology; and she was also Chairwoman of the “European Thyroid Association” between 1979-1982. 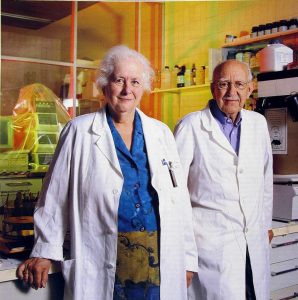 He has received many awards, including the National Prize for Research in Medicine (1977); the Reina Sofía Prize for the Prevention of Sub-normality (1982); the Severo Ochoa Prize for Biomedical Research (1989); the Research Prize of the “European Thyroid Association” (1985); the First Prize for Research of the Spanish Society of Endocrinology and Nutrition (SEEN) (1991). In 1994, she was appointed Honorary Member of the Royal National Academy of Medicine and in 1997 she was awarded the Gregorio Marañón National Prize for Medical Research (1997). In 1998, she was awarded the King Jaime I Prize for Medical Research. In 2001, the University of Alcalá de Henares awarded her the Doctorate in Medicine Honoris Causa.

In 1995, she took her compulsory retirement from the CSIC, but continued as an Ad Honorem doctor until 2010. Gabriella died in Madrid on 4 December 2017.