InnovaConcrete, an innovative 3-year project launched in January 2018, is funded under the European Union’s Horizon 2020 programme. Its 29 partners in 11 countries, coordinated by the University of Cádiz, seek to ensure the conservation of monumental works in concrete, the twentieth century’s most significant built heritage. To that end, the project has created a balanced interdisciplinary panel of internationally reputed experts including materials scientists, modelling theorists, architects, engineers and ICT technicians, as well as manufacturers, distributors, certification bodies and the cultural agents concerned.

This first workshop will address the challenges undertaken by InnovaConcrete and its initial findings, along with the state-of-play of conservation of twentieth century concrete heritage. The spotlight will be on modern architecture in general and Eduardo Torroja’s contribution to modern Spanish architecture in particular, and the measures adopted to heighten awareness of that heritage among the public at large.

The workshop will be conducted in Spanish with simultaneous interpretation in English. Attendance is cost-free, subject only to registration on: www.innovaconcrete.eu/innovaconcrete-madrid-workshop/ 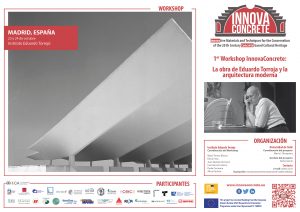 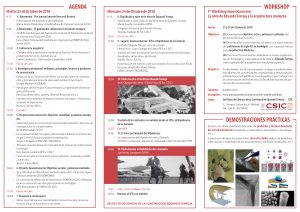